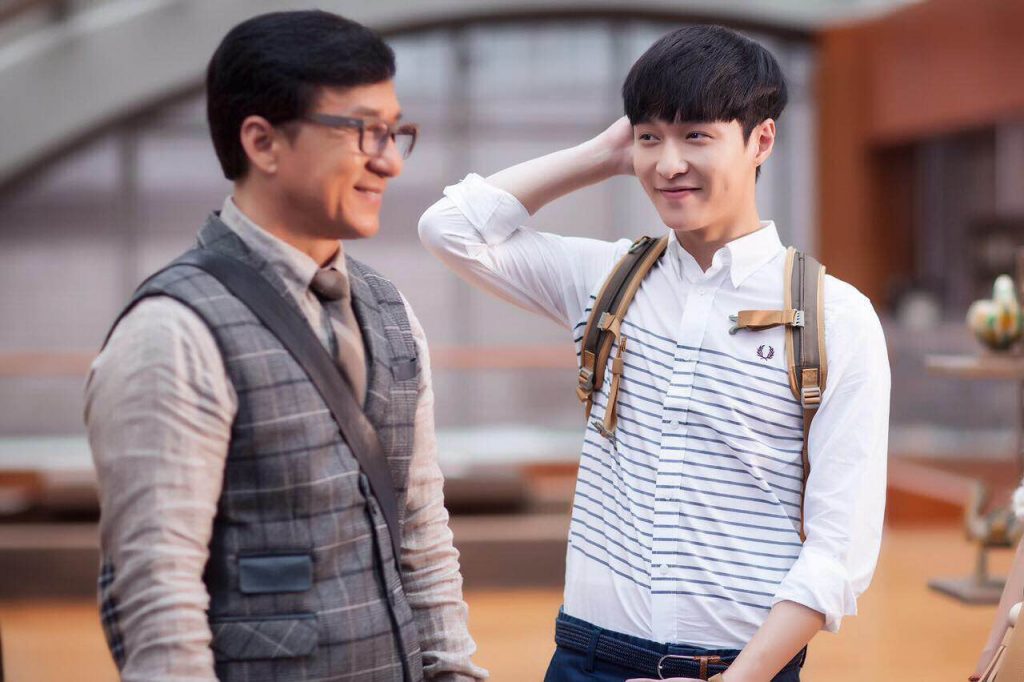 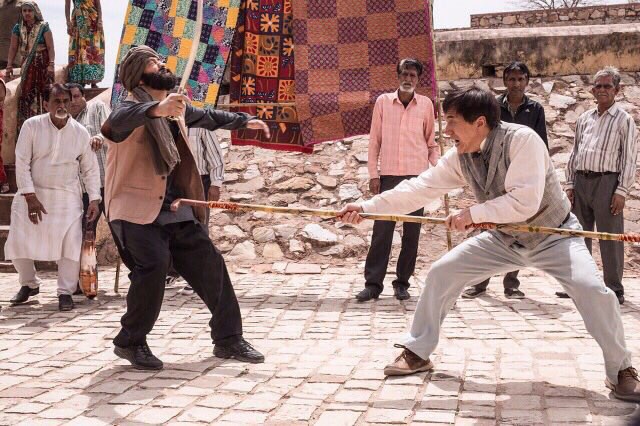 Kung Fu Yoga is centered on the exploits of Chinese archeology professor Jack (Chan) who teams up with beautiful Indian professor Ashmita and assistant Kyra to locate lost Magadha treasure. The team travel across Asia, Europe and the Middle East as they dodge one obstacle after the other until they are ultimately led to a remote mountain temple in India where they will use a rare diamond as a key to unlock the real treasure that will culminate their quest.

During their Dubai press conference, director Stanley Tong revealed that they employed 70 super sports car during the car chase in the streets of Dubai, amounting to US $30M. The said scenes feature luxury brands including Bugatti Veyron, Lamborghini, Bentley, and Ferrari.

It is also director Tong who has always been interested to India’s culture. He integrated traditional Indian magic tricks, including the rope trick and the levitation into the action choreography.

A scene in Iceland made Jackie Chan dived into the water beneath the ice cave, he then stayed underwater for hours at a sub-zero temperature to achieve the best effect of the scene.

With an illustrious career that spans more than five decades, Chan was honored by the Academy Of Motion Picture Arts and Sciences an honorary Oscar for his extraordinary achievements in film at the 8th Annual Governors Awards ceremony last November 2016 and Kung Fu Yoga marks his very first full-length feature film this 2017.

The movie features an international cast that highlights some of Asia’s most talented and accomplished actors led by Hong Kong actor and singer Aarif Rahman, who was catapulted to stardom after winning Best New Performer and Best Original Song at the 29th Hong Kong Film Awards in 2010, for his superb performance in the critically acclaimed drama Echoes Of The Rainbow; and three of Bollywood’s biggest stars: Amyra Dastur, who is considered today as the fresh face of Bollywood; former Indian beauty queen and now rising Bollywood star Disha Patani; and character actor Sonu Sood. Who is a household name in India who has done 70 movies, Chinese multi-media star and Korean pop band “EXO” member Zhang Yixing and China’s “Most Beautiful Yoga Instructor” MuQi MiYa are also featured in the movie in unforgettable supporting roles.

Follow the journey Jack and his incredible team and discover what dangers and treasures await them in this gargantuan action movie that will open 2017. Kung Fu Yoga hits Philippine cinemas nationwide starting Feb. 1.