Darren Espanto, the so-called Total Performer, is not only making waves in the Philippines but has been conquering the international scene as well. The most recent, in Singapore. 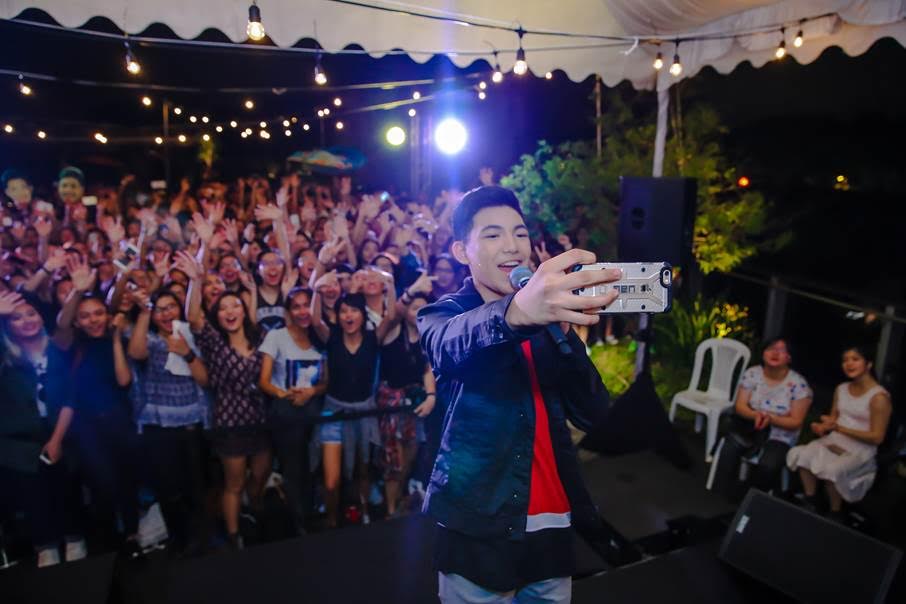 This kid with amazing pipes recently had a promo tour from June 16 to 19 in Singapore, as his sophomore album “Be With Me” was released in the Lion City under Universal Music Singapore. Darren’s day started with radio tours at Singapore’s top English stations 987FM and Power 98 as well as a Press Conference at Ngee Ann Polytechnic where he was joined by US singer Greyson Chance and Malaysian girl group De Fam. The next day was spent with interviews with Singapore media then an explosive performance at Universal Music Singapore’s private event where he performed alongside Universal Music artists Greyson Chance (United States), De Fam (Malaysia), Micapella (Singapore) and Gentle Bones (Singapore). He opened the show for Greyson Chance for “A Rooftop Affair” event at [email protected] on the 18th and on the 19th, he formally launched his album “Be With Me” via an album signing session at Junction 8 Mall. Darrenatics in Singapore lined up to have their albums signed till stocks were sold out, as the retailer had to accommodate preorders for the album for fans who wanted to see Darren in the flesh.

“I am so thankful to be given a chance to be in Singapore again this time promoting my album. Never have I imagined that my album will be released on CDs in Singapore and it feels good to be there and meet my Singapore fans,” Darren said.

After Singapore, what’s next? Find out soon.

“Be With Me” CDs are out under MCA Music, now available at Astroplus and Astrovision outlets. The album can also be downloaded and streamed via Spinnr, iTunes, Apple Music, and Spotify. For inquiries, contact MCA Music artist management at 9162504 local 107 or 0920 9682991 or email mcabookings@umusi.com. For more updates on Darren, like or follow MCA Music via facebook, Instagram (mca_music), Twitter (mca_music), Snapchat (mca_music) or Vine (mca_music).