Echorsis is a horror-comedy movie that deals with Exorcism. It involves a gay soul inside a man’s body, no not just man, man who broke someone’s heart. It is completely a parody of bigotry, beliefs and learnings from the church including a plot that involves betrayal and trust. I can tell you that seeing Odette Khan is this movie is already a fun thought to begin with. The story is not something that you will think about and dissect after the end but it will give you an enjoyable ride in the next 90 minutes.

I am not familiar with the works of Lem Lorca. I only got to see him in Intoy Shokoy ng Kalye Marino but I think his projects are interesting knowing he did NED’s, one of the most adored film in the recently concluded CineFilipino film festival.

The story revolves also with three characters. I like how I waited enough time to understand the connection and twist between the three. But all I can say is I adore all of them in an equal way. Although John Lapus is way funnier with his pretentious closet character from life to death. His efficient execution mixed with unexpected twist of lines made the movie more manageable to feel at home. I have always admire his performance.

Alex Medina on the other hand is surely an actor to watch. His part in Echorsis is quite a challenging portrayal as he embarks from typical role to twisted character swapping. I noticed though that he did similar attacks from his previous films but his funny side is commendable. 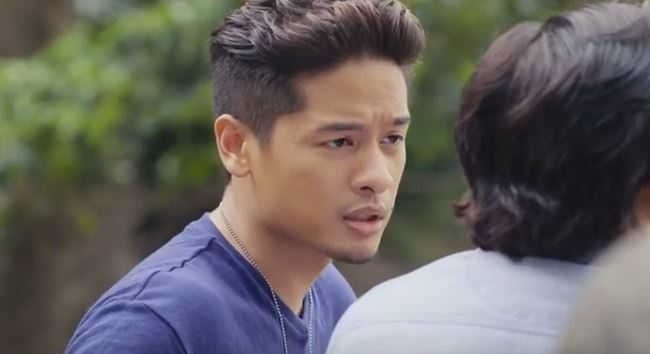 Kean Cipriano‘s character has indeed a lot of mystery. He braved the word of conscience which gave an impartial balance to the funny niche of the story and I love all his close up shots.

Lem Lorca’s Echorsis might not be your typical film fest kind of movie with a predictable formula and that what makes the movie interesting. It tackles current issue of society from family issues to equal rights to love and be loved including the sensitive matter of the church. It may not be as polished as other comedy films, texture not delivering in terms of cinematography but it is more than an hour of relax, funny and comfortable movie.

I have to disagree though regarding some cause and effect on how the story went but who cares? It is comedy after all. 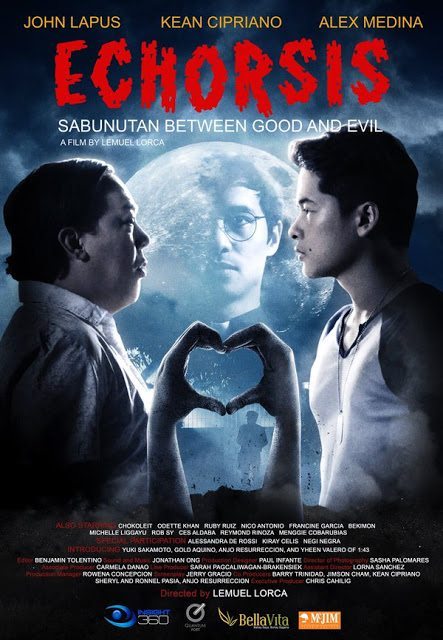 Echorsis opens April 13 nationwide and is Graded B by Cinema Evaluation Board and rated R-13 by Movie and television Review and Classification Board for some scenes.