by rodmagaru 7 years ago3 years ago
3

I’m convinced that most of us don’t know what they believe, rather, they only know what we wish to believe. How many people blame God for man’s atrocities, but wouldn’t dream of imprisoning a mother for her son’s crime?

I finally got the chance to squeeze “Everything About Her“on my schedule right the very first day of its screening. Aside from being an avid fan of local movies, a promised to review the film by Joyce Bernal should be fulfilled. I don’t know why but from so many movies Bernal did in the past, majority of them are either forgettable or not identified with her.

Everything About Her follows the story of a successful businesswoman (Vilma Santos), who learned that she is suffering from stage 3 cancer. She then hires a private nurse (Angel Locsin) and asks her to convince her son (Xian Lim) to join her during the trying times. Vilma Santos is indeed poised and imperious as Vivian, and Angel Locsin, is an industrious nurse who makes a convincing career girl. 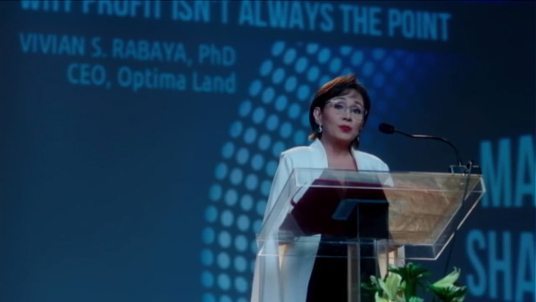 The film highlights the importance of family during hard times and how these obstacles bring forth understanding and forgiveness. I find myself crying at times and relate to scenarios that, we somehow deny or refuse to accept.

Vilma Santos kept her promise and profile. She remains one of the most effective actress for all season. Her execution brought tears to every single scene. Bernal successfully defined her character at the beginning of the movie. They approach Vivian as a figure in a time-honored character template in which a convenient plot mechanism allows the bitch to revisit sad chapters in her life so that we can understand that it was quite a life, indeed. But she failed to understand motherhood that her son suffered from missed opportunities being with her because of her profession. It is a fundamental truth that the responsibilities of motherhood cannot be successfully delegated. No, not to day-care centers, not to schools, not to nurseries, not to babysitters.

I didn’t expect much from Xian Lim’s character but he is a revelation in this movie. His approach to drama is a serious attempt to keep his career on top. There should be more of him in this genre. Though I wish there’s too much to say from where he is coming from. His physique improved though I noticed.

I have seen and admired Angel Locsin from her last movie with Olivia Lamasan opposite Aga Muhlach and it sets a high standard from then on. Her role as a patient nurse is one relate-able middle class professional that worked along the way. Angel Locsin gave an enormous justification in her character searching for answers about her mother.

Bernal and Concio, made a well written masterpiece into a movie. They ensured that we know Vivian’s character which has a little on and off respect for her employees. But at the end of a hard corporate days, she retreats to a modernist lonely mother (noticed a wedge she’s wearing), with a Chandelier in the reception, a son far from her and a Multiple Myeloma.

Cancer brought her back to life.

Alexa Ilacad and Devon Seron gave a wonderful support to Angel Locsin’s character. They simply made me comfortable in getting to know the main character’s background. Khalil Ramos however looks like an extra unnecessary addition to the cast that even if he’s not part of it, the movie won’t get hurt at all.

The film’s attempt to bring out the tears in audience eyes succeeded in multiple scenes. If you have to ask me, I will never ever let my mom feel like I am near yet so far. But of course we live in different background. From professional writers’ perspective, there’s a story behind everything. How a picture got on a wall. How a scar got on your face. Sometimes the stories are simple, and sometimes they are hard and heartbreaking. But behind all your stories is always your mother’s story, because hers is where yours begin.

And it is true, the best place to cry is on a mother’s arms.

The film is GRADED A by Cinema Evaluation Board.