Metro magazine takes to the fashion stage anew with the latest installment of its much anticipated fashion series, Metrowear Rocks The Runway on May 2. The show will feature a stellar combination of music and fashion as it showcases 20 designers and their unique interpretation of sustainable fashion. 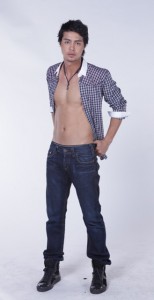 Kapamilya stars show off their stylish side as they take the opportunity to prance down the Metrowear catwalk. Hunky actors Rayver Cruz and Zanjoe Marudo join PBB Unlimited big winner Slater Young in modeling a modern take on menswear. Young fashionista and popular actress Kim Chiu will walk down the runway in a stunning creation by Francis Libiran. The beautiful and stylish Maja Salvador will appear in an dress by Avel Bacudio.

As a musical backdrop to the show, four of the most exciting Filipino rock acts – Wolfgang, Kjwan, Callalily and Rico Blanco – will serve up their biggest hits and add an edgy element to this Metrowear presentation.